The place to remember the place we couldn't wait to forget 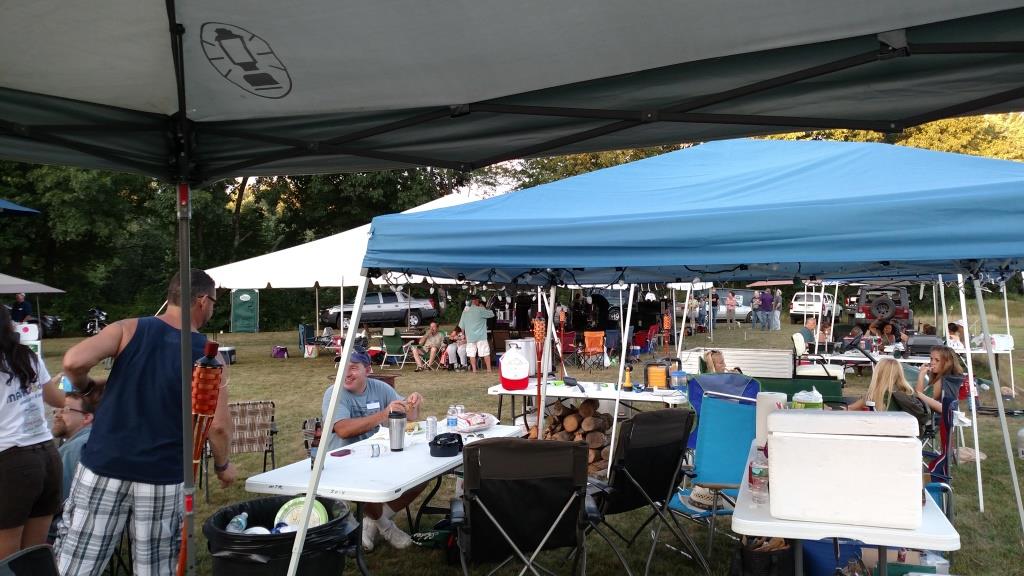 This past weekend yours truly, attended the MASHStock event at Knights Bridge Farm in Amherst. Unfortunately, I arrived after Glenn Perras’s Band had already performed. I was supremely bummed because technically he and I were the only reps from 1990 in attendance that I saw.

Now, with that being said I could have missed people because I think there could have been well over 200 people by the time I got there. I had attended a few of the planning meetings so I knew what to expect for the most part but let me tell you, sometimes you still get a little awed by the execution…

The property is Beautiful! Grassy parking and plenty of it! A large tent for the band in case it rains and and potluck food aplenty…seriously there was a ludicrous amount of food that made me regret feeding and eating with my kids before I had arrived….

The plan is to make this a yearly event… Until our official Event that the committee will be soon planning, we have this venue to be at that you can meet and greet other Mash Members from… 1973 was there, 1979, 1980, 1984, 1986, there was a huge turn out and realistically? it could be bigger, and cooler, with more of a 1990 turn-out.

Because we all know: we were the best class… 😉

This site uses Akismet to reduce spam. Learn how your comment data is processed.

My Tickets is currently in testing mode. No financial transactions will be processed.